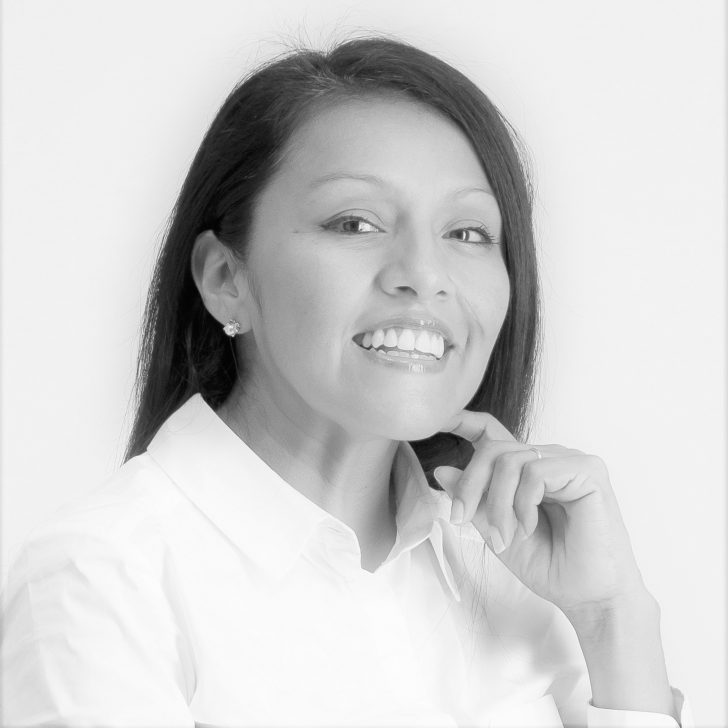 Born in South America, Martha Ccolque acquired Italian nationality and grew up in Turin, Italy. She studied the grammar of the Image through photography and cinematography . She then worked on various shoots for RAI and MediaSet. She moved to Paris in 2001 to pursue a degree in Fine Arts, seeking to deepen her knowledge of “mimetism”. In parallel, she follows an engineering physics course, as she is interested in the photoelectric effect of quantum physics.

Through these syllables of research, she found her greatest interest in fashion design; what could unite these two worlds. So, as she began to interact with some of the designers in the Italian fashion field and French haute couture, she embarked on this path.

A first trip to her native roots in South America gives her the vision for her project “Codex Atlanticus” a particular approach that sees fabric and material as a language for the architecture of creation.

This singular vision combined with her interest in the origins of the cultures of these different peoples, drives her to invent new methods of clothing design. She does this by using fabrics, materials and garment construction with the aim of revealing “the present of the future” which will make its appearance in its first movement, its first gesture.

Martha Ccolque launched her own brand under her name in 2015. A year later, she was selected by Vlisco as an emerging designer from Africa. With her capsule collections, she conquered the Central African Fashion week; then expanding to Milan and Paris, in 2018 she saw her brand join the finalists of the Green Carpet Talent fashion award organised by the Camera della moda Italia.

With a whole range of encounters from different cultures, her project proposes a new vision of Fashion. She builds, through the combination of three writings “cosmopolitan, traveller and responsible”, a style whose exotic and civic identity unfolds in its multiple universes… thus allowing her to “March Towards the New Worlds”.